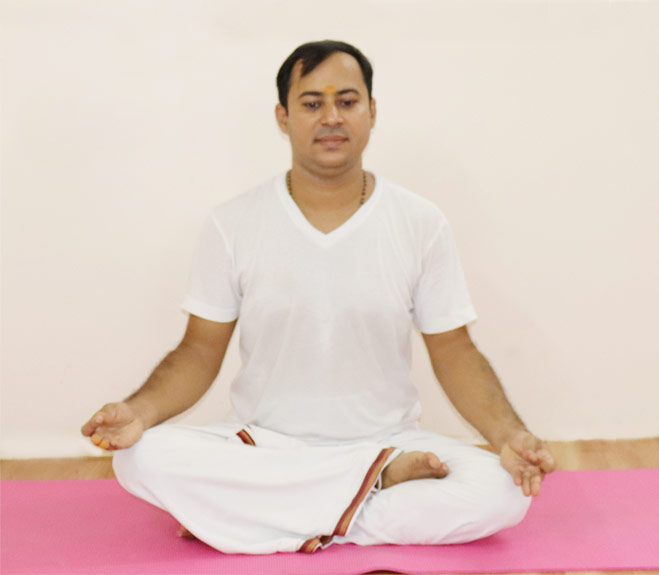 Yogi Radhika Sharan Ji is the Founder and President and the lead trainer of Om Yoga International.

His main aim is to help people change their thinking and create a society free from stress and violence. And make life a more happy place to stay in.

Since his childhood, he had a lot of interest in spirituality making him different from the other children around him. Not so satisfied from his this life and desire to know himself; once he got an opportunity. At that time he was only 14years age when he left his parents, family and his village where he never returned again. This was the first journey of his spiritual path. Here he stayed for 7 years and practiced Bhakti Yoga(Yoga of devotion) as Vrindavan is the place of Lord Krishna where bhakti(devotion) resides in every corner of this place. Here he studied Srimad Bhagwad Geeta and Srimad Bhagwat Mahapurana.

In 2012, he opened Om Yoga International and got it registered from Govt. of India & the World Yoga Alliance which is organized by Adhyatam Anusandhan Yog Trust, a Charitable Non-profit organization founded in the year 2010 by Radhika Sharan ji, himself.